u2022 Providing a 21st century learning environment of an historic building significant in the 1960s integration of the public school system.
u00a0

u2022 Existing and new portions of the project are contrasted, and separated with a nearly clear transition piece that distinguishes the two building components.

u2022 The project was designed to LEED Silver standards. 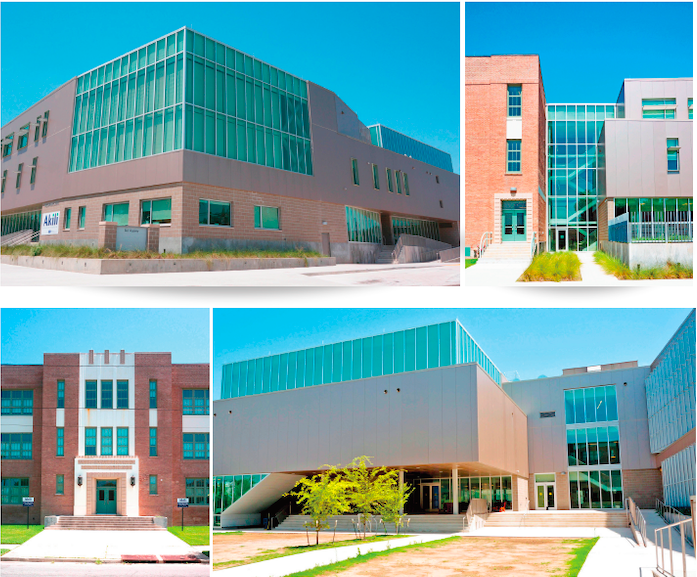